The IT-world is changing, so the approach for quality and testing changes with it. An international team of Sogetists has therefore kicked off a new step in the development of TMap with a two-day brainstorm session in the beginning of April 2019.

Next year, it will be 25 years ago that Sogeti released the first version of TMap. Since then, this test method has undergone several large updates. In the meantime, one of the most used versions, TMap Next, is thirteen years old. Because of the continually changing IT-world, among which the adoption of the DevOps-culture, there is a need for an update. The two-day brainstorm session of the initiators was the kick-off of the development of the new version. 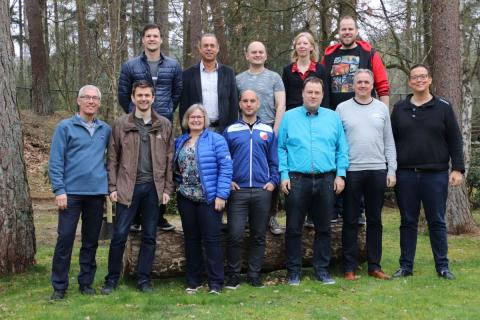 The need for innovation is partly due to the increasing popularity of DevOps, according to Rik Marselis and Leo van der Aalst, two of the initiators. “Not much is known about how to integrate quality and testing into a DevOps situation. We try to fill this gap. IT has the ultimate goal of creating customer value. Testing provides information about the confidence in reaching this customer value. In this new version we bring all these worlds together.”

With the new TMap there will be an updated website and plans for a new book. Where previously the book was leading and the website only had a supporting role, these roles are now reversed. The website gets a central role, as a test- and quality-encyclopaedia and the new book will play a supporting role in this. The international team will continue with the development this coming period. If you have any ideas or suggestions, share them with Rik Marcelis and Leo van Aalst. If there are any updates, they will be shared through the Sogeti-channels.