Lean, Agile, Kanban and Spotify are not always seen as models (rather as framework, mindset, etc.). However, because we aim to keep it simple, we call them all models.

In a nutshell, the description of Lean, Agile, Kanban and Spotify are as follows:

Lean manufacturing or lean production (or sometimes the Toyota Production System – TPS – although this represents more of a specific deployment of lean) is a management philosophy that is mainly directed towards the elimination of waste (in Japanese: Muda), objects and endeavors that do not produce added value [PLT, 2004]. The method is mainly known through its use by the Japanese car manufacturing firm Toyota. As a result of the "lean production", the quality of the product is enhanced while the costs decline, which leads to improvement in operational yields.

In lean, three main categories have been named in which control may be lacking. All three begin with Mu: Muri (overburden), Mura (unevenness in the process) and Muda (waste). In lean, a distinction is made between eight different kinds of waste: defects, overproduction, transport, waiting, inventory, motion, over-processing, unused creativity and capacity.

Other principles that support Lean are the process of continuous improvement (Kaizen), the use of the "Just in Time" (JIT) principle, the Heijunka system to achieve production leveling in order to realize a more consistent flow in production, and a simple visual steering (5S) system. The 5S system seeks to create a tidy, well-organized and transparent "workplace":

The Manifesto for Agile Software Development, in short, Agile Manifesto [Agile Manifesto, 2001], was compiled by seventeen software developers during a meeting in Utah in February 2001.

The aim of the meeting was to combine the trends toward lighter, more efficient software development methods that had been coming to the fore for quite some time, into a single approach that incorporates the best practices of the different methods. This approach was called "agile" because it advocated and adopted the flexibility that is needed in a changing world.

The Agile Manifesto consists of four values and twelve principles.

The adherents of the Agile Manifesto hold the opinion that better ways of developing software can be uncovered by simply doing it and helping other people do it. Accordingly, they prefer:

Although they appreciate everything that has been stated on the right, they attach more value to the items listed on the left. In addition, they apply twelve Agile principles:

Agile software development is a "mindset". The values in the manifesto are generic and do not state, in concrete terms, how things ought to be done. Based on the values, various aspects can be formulated upon which to found specific methods. These aspects are necessary in order to meet the values stated in the manifesto. For instance, if the focus lies on people and interaction, people will simply have to communicate intensively, to compensate for formal processes and procedures. In this way, team responsibility and trust can be traced back to the values declared in the manifesto. This is not a list with rules that can be ticked off one by one; instead, it demands more from the behavior and attitude – the mindset – of the people.

Kanban (signboard or billboard in Japanese) is an approach to incremental, evolutionary process and system changes for organizations. It uses visualization via a Kanban board of a list of work items. Kanban cards help create a demand-driven ("pull") system. It is based on the importance of limiting work in progress, which – as well as reducing waste due to multitasking and context switching – exposes system operation problems and stimulates collaboration to continuously improve the system. 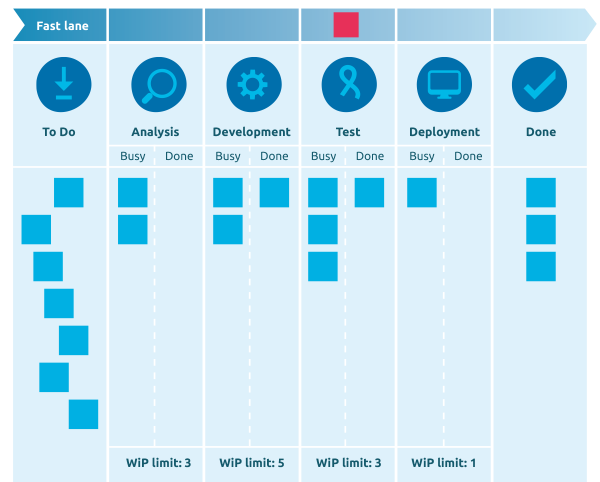 The Spotify model is based on the Scrum framework and consists of Squads, Tribes, Chapters and Guilds. 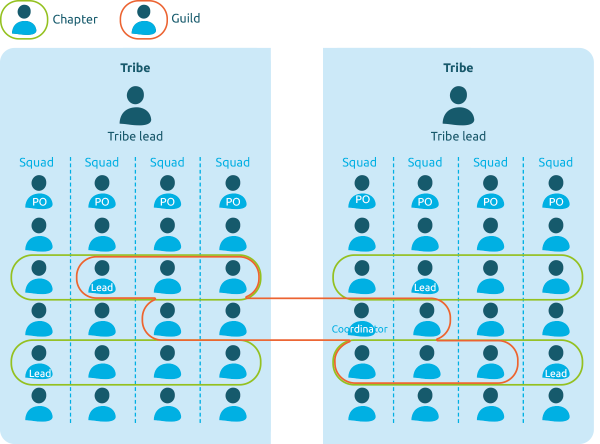 Overview of IT delivery models